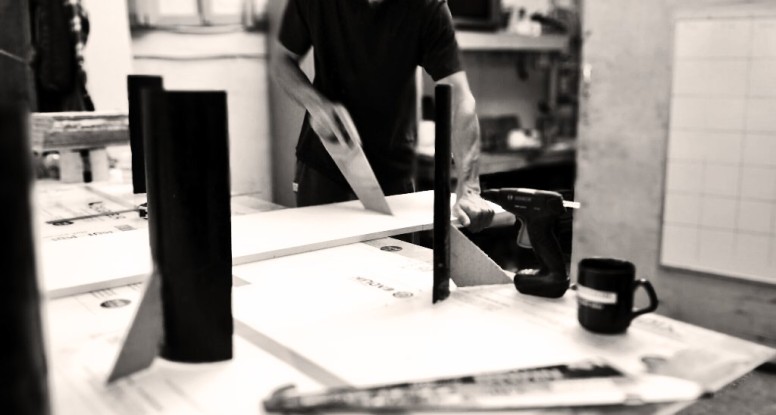 Its finally happened. At the start of September we take over Unit C4 alongside our existing premises, Unit C3, more than doubling our workspace.It seems like an age since we took on the first unit back at the beginning of 2013 and for a while it seemed so bare. Now its jammed to the gunnels with all manner of tools, materials, chemicals (all eco-friendly I hasten to add) and of course a pucker sound system.Now its a logistical puzzle in itself juggling around the various projects we have on the go (ever tried juggling concrete?)At any one time we may have moulds being built, products being cast, concrete curing, worktops being polished, sealers being applied and “stuff” being readied to ship. So you can imagine the moment we heard next door was becoming vacant, we thought Christmas had come early (its only another 18 weeks by the way!)We’re itching to get in now too. We’ve had numerous meetings about how we’re going to organize the space, which tools will go where, can we squeeze in a gym, photography studio and shower!We’ve drawn lots of pretty drawings of the layout all nicely colour-coded.Basically we’re behaving like a pair of excited kids in the run up to Christmas (18 weeks people! Apparently concrete gifts are very in vogue this year…)So the next time you’re passing, local or not, bang on the door and come and have a nose. From the 1st of September you’ll have two doors you can knock!

This site uses Akismet to reduce spam. Learn how your comment data is processed.